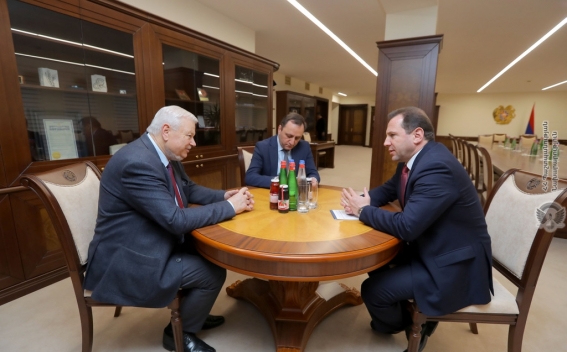 During the meeting, the defense chief briefed the ambassador on the current situation on the Armenian-Azerbaijani state border and the Artsakh-Azerbaijan contact line, as well as the frequency of ceasefire violations, the Defense Ministry’s press service reported.

In particular, the Armenian defense minister expressed concerns over the recent attempts by Azerbaijani military to escalate the situation in some sections of the border. Davit Tonoyan noted that the military-political developments in the region, the international economic and epidemic situation, weather conditions and a number of other factors increase the possibility of destabilization of the situation.

In this regard, the minister attached importance to the immediate implementation of measures to ease border tensions and rule out new provocations.

Ambassador Kasprzyk expressed readiness to make every effort within his mediation mission to de-escalate the situation.