The Indian Express: Statue of Unity Put Up "For Sale" on OLX for COVID-19 Donations 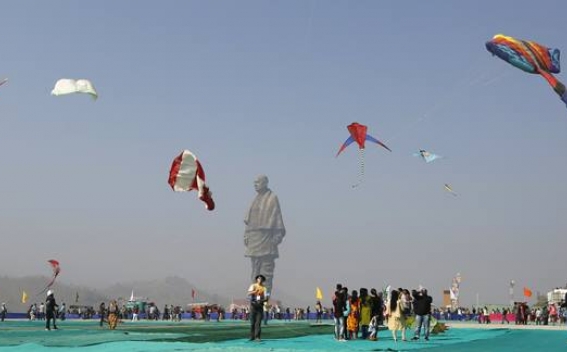 The Statue of Unity, the world"s tallest statue in Kevadia Colony of Gujarat, was put up "for sale" on OLX. The original listing was however taken down by the company later, The Indian Express reports.

The statue, a towering memorial dedicated to Sardar Vallabhbhai Patel was put up for sale for Rs 30,000 crore to donate the money for medical and health care equipment for COVID-19. The description read, ""Emergency! Selling Statue of Unity because of urgent money required for the hospitals and healthcare equipment."

Taking suo moto cognizance, after an article appeared in a local newspaper, the Statue of Unity authorities on Sunday approached the police to file a complaint against an unknown person for the listing.

"An unknown person, with a malafide intention to defame the government had put up the Statue of Unity for sale on OLX, despite not being authorized to do so," a release signed by Nilesh Dubey, Assistant Commissioner, Statue of Unity stated.

"It is appalling that the online marketplace OLX did not verify the post and approved it in the first place," the release further added.

An FIR has been registered under IPC section 505 (publishes, circulates any rumours), 417 (Punishment for cheating), 469 (forgery) and under relevant sections of the Information and Technology Act, against an unknown person.

"We had received the complaint from the authorities and have filed an FIR. We are now tracing the source of the listing as made on OLX," a police official said.

A major tourist attraction since its inauguration on October 31st, 2018, the Statue of Unity has been closed for tourists since March 17 after a directive by the Gujarat government in view of COVID19 positive cases emerging in Gujarat.