Nikol Pashinyan: “We Need to Minimize Overhead Costs and Funnel the Released Funds to Other Projects” 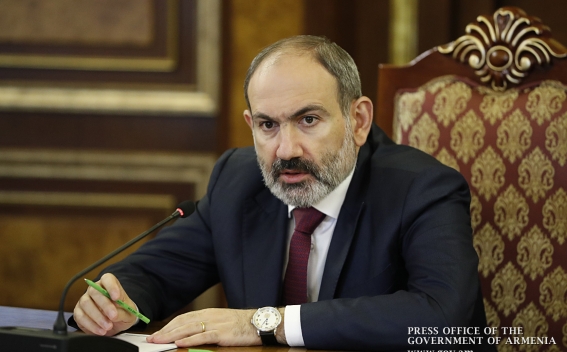 USD 55 million was said to have been made available under the Tourism and Infrastructure Development Program Support Facility, while only 6 million dollars has been spent since 2016. In the meantime, 4 billion drams will be invested in the framework of the program in 2020. Efforts are underway in Ararat, Vayots-Dzor, Syunik, Aragatsotn, Shirak, Kotayk, Gegharkunik and Armavir marzes to improve tourist infrastructure, including recreational areas and roads, as well as to rehabilitate the historical environment.

The meeting touched upon the possibility of implementing infrastructure projects in Gyumri and Jermuk, including on the basis of the public-private sector partnership principle. Reference was also made to loan-supported community infrastructure development programs.

The responsible officials reported to the Prime Minister about the work carried out under the Solid Waste Management Credit Program. A new dumping ground shall be built next to the Nubarashen garbage dump in Yerevan, while 2 inactive landfills will be conserved in the capital city.

A construction tender is being prepared for the new landfill. Reference was made to the possibility of building dumping grounds in Kotayk and Gegharkunik marzes under the same program.

Summing up the meeting, the Premier slammed the long-standing vicious practice of incomplete capital expenditures in Armenia.

“This is unacceptable, especially this year. We need to make an accurate estimate of costs and funnel the released funds towards other projects,” the Prime Minister said, highlighting the programs in terms of solving social problems.

“We must minimize the instances of underperformance, since these programs have an important social component in addition to the economic one,” the Head of Government concluded.