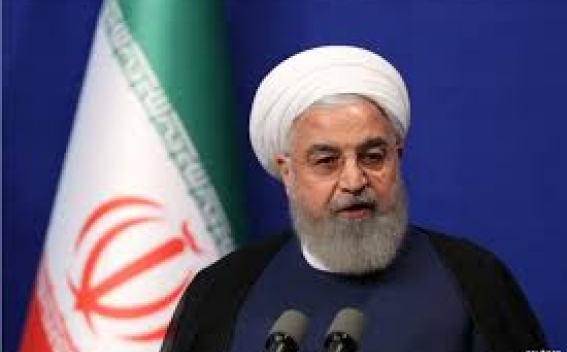 President Hassan Rouhani pressed harder on Wednesday for a $5 billion emergency IMF loan Iran has sought to fight the Middle East’s worst coronavirus outbreak, saying the Fund would be guilty of discrimination if it withholds the money.

Rouhani also said some businesses will remain closed until further notice, after the authorities announced last week that they will begin to ease a shut-down order from April 11.

Iran’s central bank wrote last month to the International Monetary Fund to request the $5 billion from its Rapid Financing Initiative, an emergency programme that aids countries faced with sudden shocks such as natural disasters. It was Tehran’s first request for IMF aid since Iran’s 1979 Islamic Revolution.

"I urge international organisations to fulfil their duties ... We are a member of the IMF," Rouhani said at a televised cabinet meeting. "There should be no discrimination in giving loans," Rouhani added, saying such discrimination would be unacceptable.

In a tweet on Sunday, the secretary of Iran’s Supreme National Security Council, Ali Shamkhani, accused the United States of blocking Tehran’s loan request from the IMF.

Iran has banned intercity travel and shut non-essential businesses to fight an outbreak that according to official figures has killed 4,003 people and infected 67,286.

The authorities have said some businesses whose operations do not create a big risk of spreading the virus will be allowed to reopen from Saturday. They have not given a detailed explanation of which businesses fall into that category.

"But high-risk businesses will remain closed until further notice," Rouhani said. "We should continue fighting the disease while our economic activities continue as much as possible."

An IMF official has said the Fund is in dialogue with Iran, with talks aimed at understanding Iran’s needs and what is required for the loan request to be processed.

The coronavirus outbreak has further damaged Iran’s economy, already battered by U.S. sanctions, reimposed since 2018 when Washington exited an agreement to lift them in return for curbs to Iran’s nuclear programme.