What We Agreed with Pashinyan Is Our Internal Agreement: Armenia's Ex-Premier 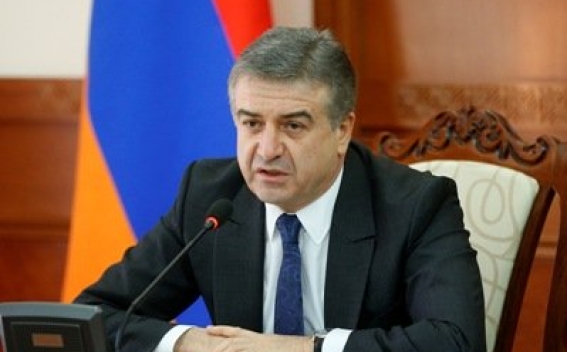 What we have agreed with Armenia’s Prime Minister Nikol Pashinyan is our internal agreement. Former PM Karen Karapetyan told this to reporters Monday after the meeting of the National Assembly Inquiry Committee for Examining the Circumstances of the Military Activities of April 2016, News.am reports.

Karapetyan noted the aforesaid when asked what he had talked about with Pashinyan on April 22, 2018, whether he had proposed to go to the Republic Square with Pashinyan, and whether Pashinyan had responded to him that such a thing was not possible because there would be an impression that there were behind-the-scenes agreements to replace then PM and ex-President Serzh Sargsyan with Karen Karapetyan.

To the question as to whether that agreement was violated, Karapetyan answered, “No.”

And when asked what questions were asked to him at the abovementioned meeting of the parliamentary committee of inquiry studying the circumstances of the April 2016 war, the former prime minister said. "I have answered all the questions addressed by the committee. As the committee [meeting] is closed and contains state secrets, I can't say more."