Iran: US Must Stop its State Terrorism 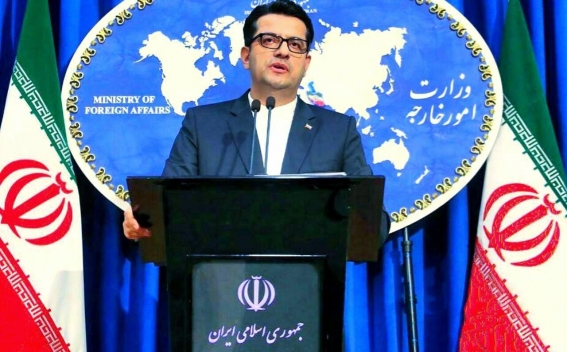 In reaction to the US absurd claim that Iran does not cooperate with the US in fighting terrorism, Abbas Mousavi wrote, "With a history of founding, funding & arming different terrorist groups, a record of state terrorism, and its outright support for another terrorist regime, the US is not a good yardstick for measuring anti-terrorism efforts," IRNA reports.

"US must stop its state terrorism."

In a statement late on Wednesday, the US Department of State accused Iran and four other countries of not cooperating with Washington in the fight against terrorism.

The US Department of State alleged that Iran, North Korea, Syria, Venezuela and Cuba have not cooperated with Washington in fighting terrorism in 2019 and that's for the same reason that sales and export of US defense equipment and services to these countries is forbidden.

The US Central Command carried out blatant terrorist attack against Iran's anti-terror commander Lieutenant General Qassem Soleimani in total disregard of the United Nations Charter requiring the member states to respect national sovereignty of the states.

Martyrdom of General Soleimani sparked a wave of disgust towards the United States and its troops in West Asia, especially in Iraq, which prompted its parliament to vote for exit of Washington's troops from the country.