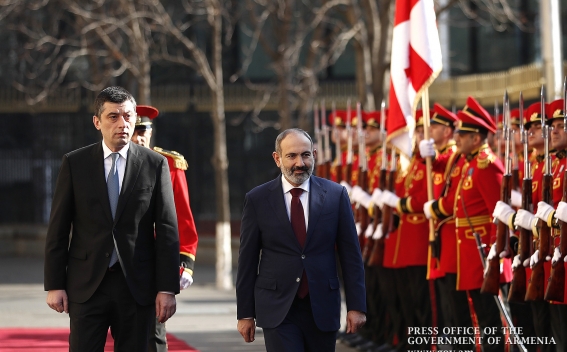 “I warmly congratulate you and the friendly people of Georgia on your country’s national holiday - Independence Day.

More than 100 years ago, with the proclamation of the Democratic Republic of Georgia on May 26, 1918, the Georgian people expressed their firm determination to restore statehood and build a democratic society. Today as well, Georgia adheres to the values proclaimed in the early 20th century, and continues to build a modern and democratic state.

The Armenian-Georgian relations have been marked by reciprocated deep respect and friendship over many centuries as best evidenced by the ongoing high-level interstate dialogue between our two countries.

You may rest assured that Armenia is pleased to see friendly Georgia’s numerous achievements. Georgia has a reliable friend and neighbor in the face of the Republic of Armenia.

I highly appreciate the effective cooperation between our two governments amid the spread of COVID-19, especially the uninterrupted implementation of cargo transportations between the two countries and the repatriation of Armenian and Georgian citizens. I am convinced that we cannot overcome but through joint efforts the great ordeal facing all mankind.

I would like to take this opportunity to wish you all the best and every success in your responsible position, as well as good health and endurance – to the people of fraternal Georgia.”