Artsakh President: The Philosophy of All Our Victories from Avarayr to Sardarapat and Shoushi is to be United and Consolidated, Strong and Steadfast 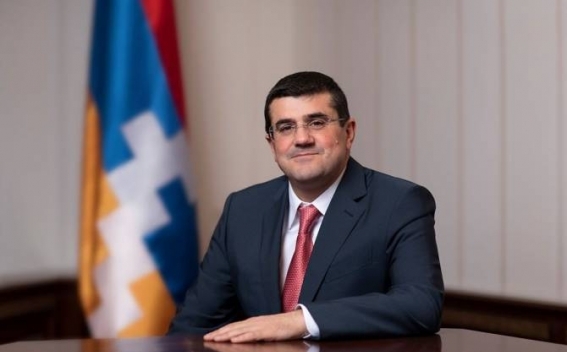 On 28 May Artsakh Republic President Arayik Harutyunyan sent a congratulatory address in connection with the Day of the First Armenian Republic.

"Dear compatriots,
I congratulate you on the Day of the First Armenian Republic, a holiday that has a special meaning and significance for all of us.
The establishment of the First Armenian Republic in 1918 was a turning point in the life of the Armenian people and occupies its unique place in our centuries-long history. Being deprived of a statehood for centuries, being subjected to genocide and deportation, Armenians managed to stand again and defend their land, protect their right to live freely and independently on their own soil, rebuild their statehood and lay a solid foundation for a secure future. Within a short period of time state institutions were established, state symbols were adopted, the Armenian Army was formed. All this became possible owing to unsparing efforts of our statesmen, heroism and courage of our brave soldiers and commanders, due to their cherished love for the Motherland.
Dear fellow countrymen,
We are proud to be the descendants of our hero ancestors who carved the glorious victories of Sardarapat, Bash-Aparan and Gharakilisa, proud that their blood flows through our veins, that we gained new victories inspired by their courage.
The philosophy of all our victories from Avarayr to Sardarapat and Shoushi is to be united and consolidated, strong and steadfast, to do everything depending on us for the freedom and independence of the Motherland, for the prosperous and happy future of our generations.
I once again congratulate all our sisters and brothers in Armenia, Artsakh and the Diaspora. May victories of the Armenian people be firm and permanent!"