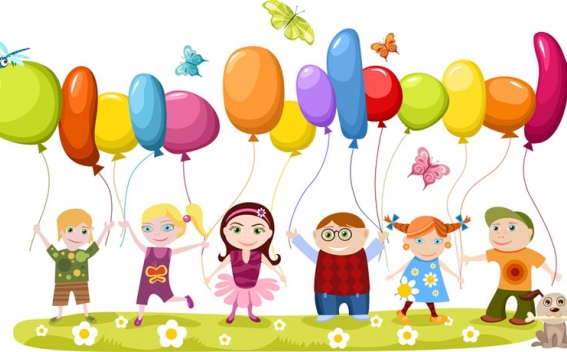 June 1 is not only the first day of summer, but also the International Child Protection Day. The Day was established to encourage all countries to institute a day, firstly to promote mutual exchange and understanding among children and secondly to initiate action to benefit and promote the welfare of the world's children.

Children's Day is recognized on various days in many places around the world, to honor children globally. It was first proclaimed by the World Conference for the Well-being of Children in 1925 and then established universally in 1954 to protect children working long hours in dangerous circumstances and allow all children access to an education. The UN General Assembly recommended that all countries should establish a Universal Children's Day on an "appropriate" day. Major global variants include a Universal Children's Day on April 30, by United Nations recommendation.

Children's Day is often celebrated on other days as well. The International Day for Protection of Children, observed in many countries as Children's Day on June 1 since 1950, was established by the Women's International Democratic Federation on its congress in Moscow (22 November 1949). In some countries the Day is celebrated on November 20 as well.

Armenia ratified the Convention on Children’s Rights in 1992, after which in 1996 the Law of the Republic of Armenia "Children’s Rights" was adopted. Our country organizes and holds different events dedicated to the Children Protection Day.

In the Republic of Armenia June 1 is made a real festivity for children by the cultural and entertainment organizations. Different events are held in the capital of the Republic and in the regions as well.

The Day belongs to the children. Let us make it a celebration for them!