Pentagon Moves About 1,600 Army Troops Into the Washington Region 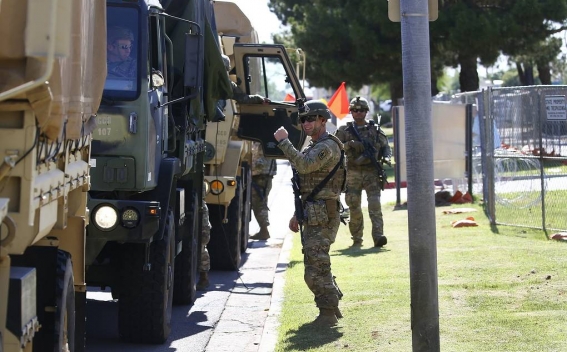 The Pentagon has moved about 1,600 U.S. Army troops into the Washington, D.C., region, the Pentagon said on Tuesday, after several nights of violent protests in the city, Reuters reports.

“Active duty elements are postured on military bases in the National Capitol Region but are not in Washington, D.C.,” Pentagon spokesman Jonathan Rath Hoffman said in a statement.

He said the troops were on “heightened alert status” but “are not participating in defense support to civil authority operations.”

Senior defense officials had said on Monday that units would be moving into the Washington region.

The troops include military police and those with engineering capabilities, along with an infantry battalion, Hoffman said.