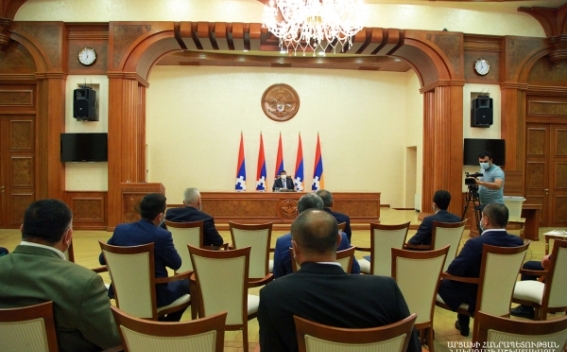 President Harutyunyan noted that prior to the submission to the Parliament of a candidate for the post of the Artsakh Republic Prosecutor General, he considered it expedient to conduct earnest discussions on the issue and listen to the opinions of the members of his political alliance.

As a result of the discussions, a decision was made to submit to the National Assembly for consideration the candidacy of Prosecutor of Stepanakert Mher Aghajanyan to the post of the Artsakh Republic Prosecutor General.