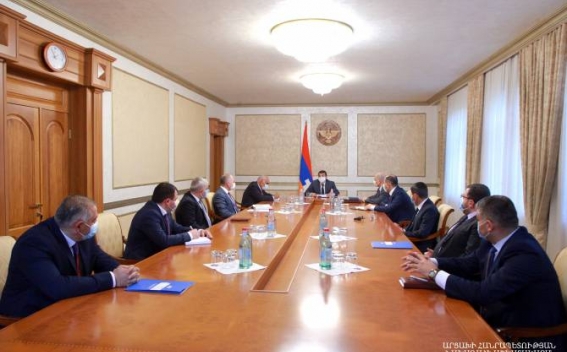 President of Artsakh Arayik Harutyunyan today convened a working consultation with the participation of the new members of the Board of Trustees of the Artsakh Investment Fund, the Presidential Office told Armenpress.

President Harutyunyan highly valued the activity of the Fund in the Republic’s socio-economic life, stating that the government is interested in improving the Fund’s tools year by year, as well as the affordability of loans proposed with various programs.

The President also introduced the new Director-General of the Fund Ernest Grigoryan and expressed confidence that he will fulfill his tasks with an honor.

Arayik Harutyunyan thanked former Director-General of the Fund Qajik Khachatryan for the works carried out.