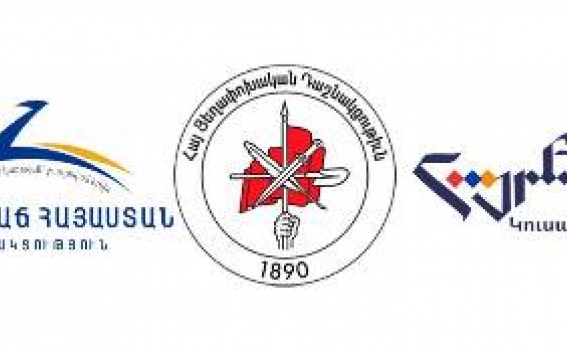 The working group set up by the opposition Prosperous Armenia, ARF Dashnaktsutyun, and Homeland Parties has issued a statement on Tuesday.

The statement says, in particular, that these three political forces today have submitted a report to the Prosecutor General's Office on crimes committed under three articles of the Criminal Code, this report is aimed at giving a legal assessment to the usurpation of power carried out by legislative and executive authorities, as well as other high-ranking officials as accomplices.

By these actions, according to the statement, these accomplices violate the principle of separation and balance of powers, and even de facto eliminate the description of Armenia being a country of law.

As per the statement, with the aforesaid crime report submitted to the Prosecutor General's Office, a task is presented to launch a criminal case and conduct a proper, impartial, and comprehensive investigation.