US Urges Turkey to Keep Saint Sophia as Museum 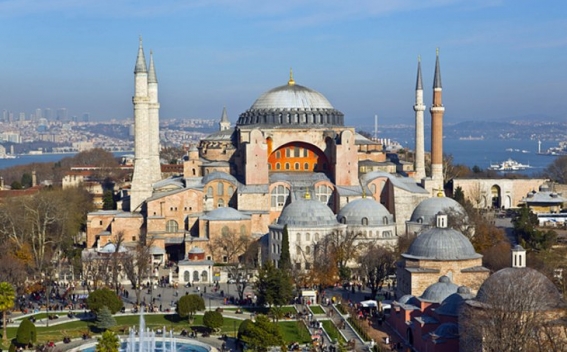 "The Government of Turkey has administered the Hagia Sophia as a museum – officially recognized by UNESCO as part of the Historic Areas of Istanbul World Heritage Site – in an outstanding manner for nearly a century," Pompeo said in a statement that added the museum status should be maintained "as an exemplar of [Turkey's] commitment to respect the faith traditions and diverse history that contributed to the Republic of Turkey, and to ensure it remains accessible to all."

The status also allowed people from all over the world to access and reflect upon this "magnificent achievement," he said. "The United States views a change in the status of the Hagia Sophia as diminishing the legacy of this remarkable building and its unsurpassed ability—so rare in the modern world—to serve humanity as a much-needed bridge between those of differing faith traditions and cultures."

The US seeks to continue to work with the Turkish government led by President Recep Tayyip Erdogan on a broad range of issues of mutual interest, including the preservation of religious and cultural sites, Pompeo said.