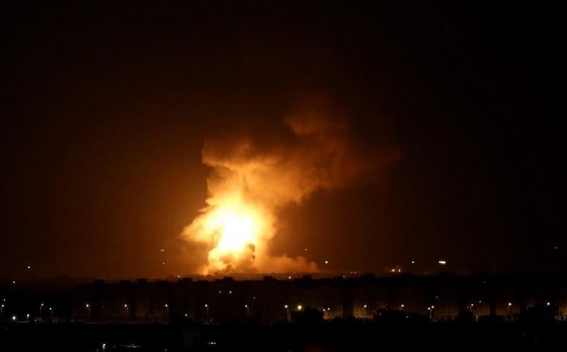 Israel struck on Sunday targets in the Gaza Strip, hours after three rockets were fired from the Gaza Strip at southern Israel, Haaretz reports.

Palestinian media reported strikes east of the city of Gaza, while an official statement by the Israeli army said "underground facilities" used by Hamas in the northern Strip were targeted. No casualties were reported.

Two of the rockets hit open terrain in southern Israel, and no casualties or damage were reported. A third launch was intercepted by Israeli air defense, the army said, after an alarm sounded in Israeli border communities.

The statement added that Israel held Hamas responsible for "everything that happens within the Strip" and that among the targets hit were “a workshop to produce rockets as well as infrastructure used to manufacture weapons for Hamas." The rockets launched into Israel both fell in open terrain. No casualties were reported on either side.