Cases of Embezzlement of Particularly Large Amounts of State Funds Through Swindling and Manufacture, Use of Official Forged Documents Detected 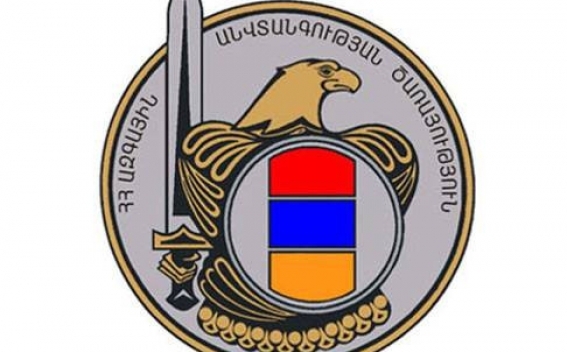 As a result of operative-search measures taken by Gegharkunik Regional Department of the RA National Security Service, apparent factual data were obtained that in 2016-2017, within the framework of “Community agricultural resource management and competitiveness” project, a total of 93,840,726 AMD was allocated from the state budget for the construction of a 6,300-meter-long water pipeline, 1 water intake and 1 drinker to provide drinking water to the livestock using pasture with a total area of 1,500 hectares located in the administrative area of Yeranos, Vardadzor and Dzoragyugh communities of Gegharkunik province of the RA. Meanwhile, the work envisaged within the framework of the program was subsequently not fulfilled, but the competent persons of the contractor organization, having reached a preliminary agreement with the officials of the regional administration and local self-government bodies of the RA Gegharkunik, for mercenary motives, compiled, approved and put into circulation a fake executive document, which is an official document certifying the facts of legal significance, extradition/acceptance acts, and for actually unfulfilled work, from the state and community budget, unjustifiably received and fraudulently embazzeled a particularly large amount- 93,840,726 AMD.

In connection with apparent incident of crime a criminal case was initiated in the Investigation Department of the RA National Security Service on the grounds of Article 178, Part 3, Clause 1 of the RA Criminal Code, and Article 314, Part 1 of the RA Criminal Code (Embezzlement of particularly large amounts of money through swindling by a group of persons with prior agreement, abusing official position, and creation and use of official forged documents by officials for mercenary motives).

Preliminary investigation goes on; large-scale investigative and operational-search measures are being taken in the direction of  detecting the whole scope of persons involved in the crime, giving an appropriate criminal-legal assessment to their actions and fully recovering the damage caused to the state.

Note: The suspect or accused of an alleged crime is considered innocent as long as his/her guilt is not proven in a manner prescribed by the Code of Criminal Procedure of RA - by the court decision entered into legal force.