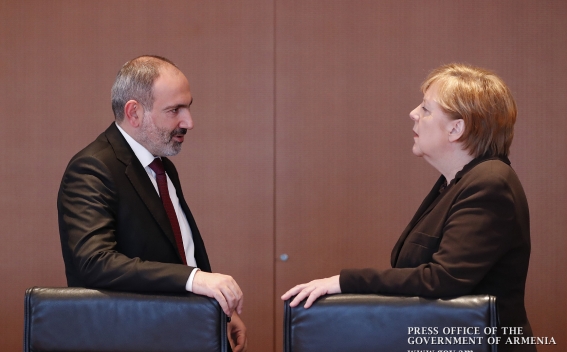 The Armenian Premier briefed the German Chancellor on the regional situation. Noting that Artsakh had been attacked by Azerbaijan, Nikol Pashinyan voiced his deep concern over the ongoing hostilities, which are threatening the security of Artsakh and the Republic of Armenia. The Prime Minister stressed that Turkey had been showing unprecedented activeness in the region ever since the July clashes. Prime Minister Pashinyan called on the German Chancellor to make every effort to curb Turkey’s aggressive and destructive stance, and rule out its further involvement in the region.

The German Chancellor expressed deep concern over the current situation. She said there is no alternative to a peaceful settlement of the Nagorno-Karabakh conflict and went on to emphasize that the peace process should be resumed in the OSCE Minsk Group format.