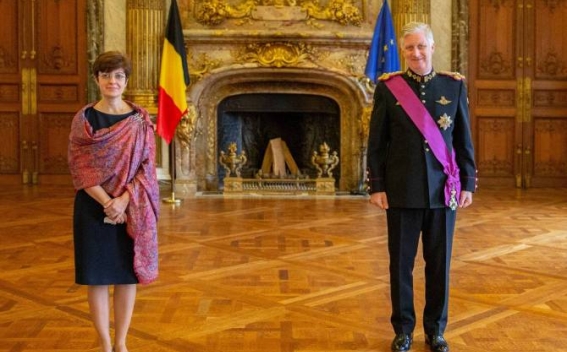 The ceremony was followed by a private talk during which the King of Belgium congratulated the Armenian Ambassador on assuming office and expressed hope that her activity will contribute to the further strengthening of the Armenian-Belgian friendly relations.

Ambassador Aghajanyan thanked for the welcome and stated that she is ready to make all possible efforts to further deepen and expand the Armenian-Belgian cooperation.