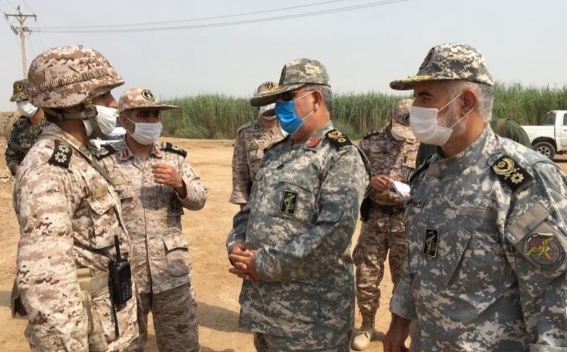 Any insecurity and menace in borders which interrupts "our dear people's tranquility" will be faced by reciprocal measure, Brigadier General Mohammad Pakpour told reporters during his visit to border areas in northwest of the country, IRNA reports.

IRGC forces have been deployed in northwestern Iranian borders to defend that part of the country during Nagorno-Karabakh conflict started about a month ago, according to the sepahnews report on Thursday.

As the commander noted, conflict between the two neighboring countries has made Iran dispatch forces to the area.

Iran is against any kinds of aggression and occupation, Pakpour said adding that settlement of the IRGC forces is in line with preserving national interests and providing  people with security.

He went on to say that IRGC is active in border areas, monitors border developments and takes due measures to deal with any condition.

The commander said Iran respects territorial integrity of the neighboring states, but cannot tolerate any changes in the nature of the borders.

Since the start of the conflict between Baku and Yerevan, several rockets have fallen in the Iranian soil.