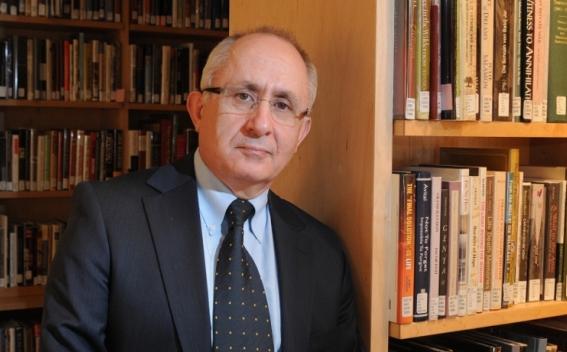 Turkish-German historian Taner Akcam reports that Turkish ultranationalist group 'Gray Wolves' has distributed fliers in Germany, threatening the local Armenians. Akcam has shared on Facebook the text of the flier sent to mailboxes of the Armenians, Panorama.am reports.

"The Grey wolves will get you. You filthy children of Armenia, we will find you all and your children will l stand at your grave before they fall into their own grave. We stand by our brothers from Azerbaijan and will not allow infidels dogs from Armenia live peacefully in Germany. We know you, we know where your children are day and night. The Grey wolves are not far from you," the flier said.

To remind, France earlier banned the Turkish ultra-nationalist group of attacking and inciting hatred against Armenians. The ban of the group was approved by the French cabinet of ministers. The decision came after the Armenian Genocide Memorial and the National Armenian Memorial Centre in Lyon, France, were desecrated with yellow spray paint inscription of the initials of Turkish President Recap Tayyip Erdogan and signed by the 'Grey Wolves'.