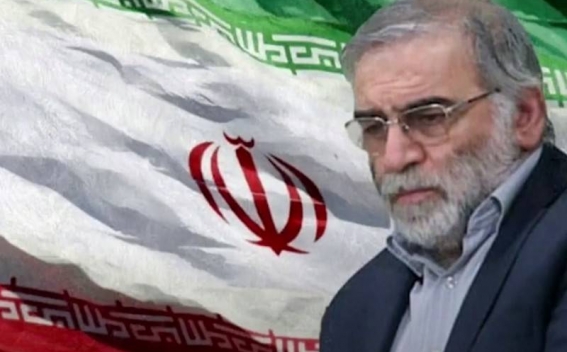 Iran accused Israel and the U.S. of being behind the assassination of one of its top nuclear scientists on Friday and vowed revenge, sharply escalating tensions in the Persian Gulf in the final weeks of Donald Trump’s presidency, Bloomberg reports.

Mohsen Fakhrizadeh was the head of research and innovation at Iran’s Ministry of Defense and widely seen as having a major role in the country’s nuclear program. He was killed close to the Damavand campus of Islamic Azad University, about 60 kilometers (37 miles) east of central Tehran, the semi-official Tasnim news reported.

Iran’s army said the U.S. also bore responsibility, according to the Iranian Labor News Agency. The Minister of Defense, Amir Hatami, told state TV the killing was "clearly linked" to the U.S. assassination of General Qassem Soleimani by drone in January.

The office of Israeli Prime Minister Benjamin Netanyahu declined to comment, as did officials at the Pentagon. The Central Intelligence Agency didn’t immediately respond to questions about whether the U.S. had knowledge of plans to carry out an assassination.

Trump re-tweeted a New York Times report on Fakhrizadeh’s killing without comment, as well as a tweet by an Israeli journalist who called the killing "a major psychological and professional blow for Iran."

Photos published by the semi-official Fars news agency, purportedly from the scene, showed blood splattered on the street next to an Iranian-made black passenger car with the window down on the driver’s side. The car’s windshield had been shattered by several bullet holes.

Fakhrizadeh’s death following the killing of four other Iranian nuclear scientists since 2010, with Tehran usually blaming the intelligence agencies of its arch foes, Israel and the U.S.
Հայերեն На русском