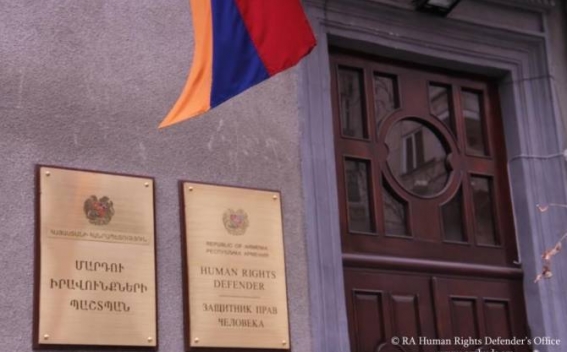 Human Rights Defender of Armenia Arman Tatoyan has sent an official letter today to the OSCE Minsk Group Co-Chairs and the Personal Representative of the OSCE Chairperson-in-Office over the issue relating to the return of the Armenian prisoners of war from Azerbaijan and the protection of their rights, Armenpress reports.

"Among other issues the letter also states that the return or release of POWs should be viewed exclusively within the framework of human rights or humanitarian process. The letter addresses both the captured servicemen and civilians.

The return of POWs should be ensured immediately after the end of the military operations. This is a universal demand of international action subject to automatic implementation. Doing the opposite violates the international demands of human rights and the international humanitarian law, including the third Geneva Convention of 1949.

Therefore, point 8th of the November 9 trilateral statement has an autonomous meaning and should act exclusively with an autonomous interpretation. It in no way can be viewed in connection or dependence with the remaining points of the statement", the Ombudsman said on Facebook.

Tatoyan noted that the November 9 trilateral statement should be applied on all situations before and after it as long as there is an objective necessity for the protection of human rights and humanitarian process conditioned by the war operations.

"The fact that the return of 64 captured Armenian servicemen is delayed with the abuse of legal process is a very vital issue", he said.

"The studies of the Ombudsman and the results of the investigation of complaints constantly affirm that Azerbaijan is artificially delaying the release of the Armenian POWs, is not announcing the real number of POWs. This also contradicts the international demands of human rights and violates firstly the rights of their family members.

Moreover, the evidence collected by the staff of the Ombudsman proves that their number is much more than confirmed by the Azerbaijani authorities. This relates also prior to the return of the 44 POWs", Tatoyan said.

"Taking into account the humanitarian mandates of the OSCE Minsk Group and the Personal Representative of the OSCE Chairperson-in-Office and their role in the protection of human rights and the fact that our compatriots have been captured in Artsakh (Nagorno Karabakh), the letter has drawn the attention of the Co-Chairs to the aforementioned and all other issues, raising an urgent necessity for taking decisive measures to release the POWs and rule out the politicization of the issue", he said.