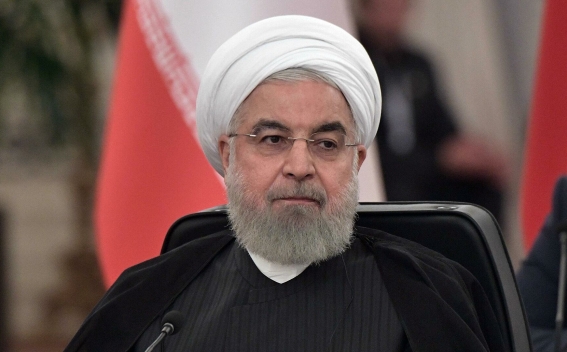 Iran’s President Hassan Rouhani on Wednesday hailed the departure of “tyrant” US counterpart Donald Trump, who is due to leave office later in the day, Arab News reports.
A “tyrant’s era came to an end and today is the final day of his ominous reign. Someone for whom all of his four years bore no fruit other than injustice and corruption and causing problems for his own people and the world,” he said in televised remarks to his cabinet.
Rouhani further urged US President-elect Joe Biden to return to the 2015 nuclear deal and lift crippling sanctions on the Islamic Republic.
“The ball is in the US court now. If Washington returns to Iran’s 2015 nuclear deal, we will also fully respect our commitments under the pact,” Rouhani said.
“US President Donald Trump’s political career is over today and his ‘maximum pressure’ policy on Iran has completely failed,” he added.