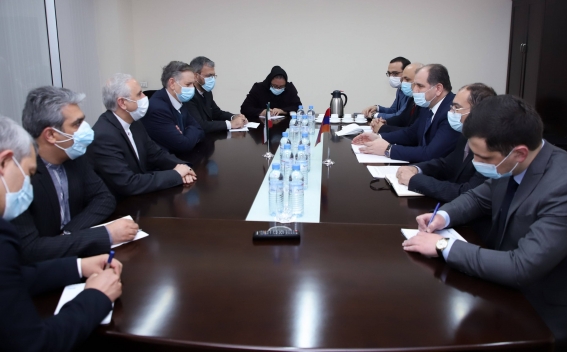 On March 17, Armenian-Iranian political consultations were held at the Ministry of Foreign Affairs of the Republic of Armenia.

During the meeting between Armen Ghevondyan, Deputy Minister of Foreign Affairs of Armenia, and Mohsen Baharvand, Deputy Minister of Foreign Affairs of Iran for International and Legal Affairs, the sides discussed strengthening and expanding the bilateral legal framework. The issues related to the advancement of work on draft documents being agreed between the two countries, as well as issues related to the modernization of existing agreements were discussed. The sides also discussed regional issues of bilateral interest, underscored that the presence of terrorists in the region is unacceptable, and emphasized the necessity of their removal.