The PACE Rapporteur on Azerbaijan Must Visit Our POWs Kept in Baku, Otherwise the Discussion Can Be Considered as Useless 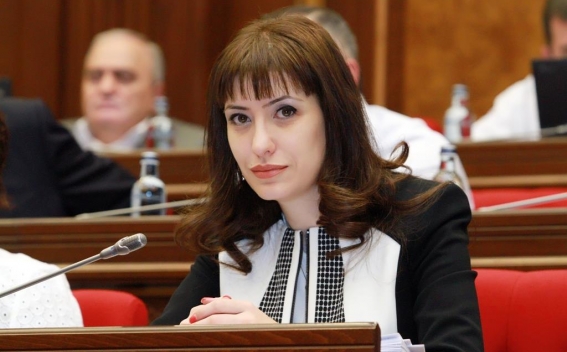 The Parliamentary Assembly of the Council of Europe discussed the issue of Armenian prisoners of war. ''The expectations from this discussion were unreasonably high. To understand the procedure of holding current affair debates, it should be noted that this format of discussion does not consider the adoption of any document expressing the general opinion or attitude of the entire assembly to the discussing issue. This is a format where only debate is taking place, and the opinions of 5 political groups, as well as personal opinions of several delegates are heard'', said Naira Karapetyan, Chairperson of the ''European Integration'' NGO, in an interview with ''Armedia'' IAA.

''It is necessary to get prepared for the discussion of such sensitive and delicate issues in advance, within several months, especially in such conditions when the future of our prisoners of war is obscure, and the main issue of the status of the Republic of Artsakh has not yet been determined. Certainly, every word, every expression in diplomacy can have a great power, and, unfortunately, during the discussion of the question of our prisoners of war, many dangerous expressions were voiced. Representative of Artsakh did not take part in the discussion, there was not a single word about the right of the people of Artsakh to self-determination, instead there was a clear view that the sides to the conflict are Armenia and Azerbaijan, and the subject of the conflict is the territory of Artsakh. This is the result of bad diplomatic work, the result of bringing to nought many years of our hard work'', Naira Karapetyan noted.

From the very beginning, the title of the discussion item included in the agenda of the spring session of the PACE supposed that it would be not only about Armenian prisoners of war and other captives, but also displaced persons, what was used by the Azerbaijani delegation and its supporting delegates. ''Did we need the question of the return of all Azerbaijani migrants since the first Karabakh war to be raised in the PACE hemicycle room during this period of time, did our delegation take into consideration this fact when saw the title of this agenda point, did we get any progress from this discussion? – The answers to these questions, unfortunately, are negative. The PACE rapporteur on Azerbaijan should be pushed to visit our prisoners of war kept in Baku, otherwise this discussion can be considered as useless'', our interlocutor added.