Who Benefits from the "Rehabilitation" of the OSCE Minsk Group? 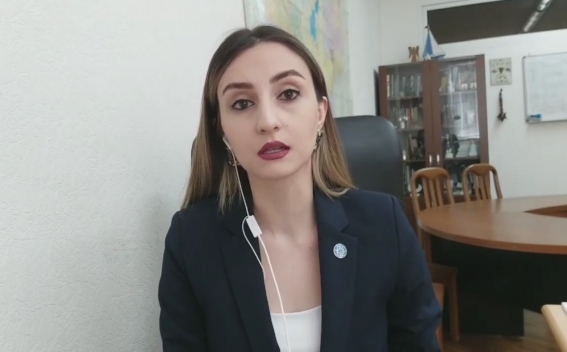 The work of the OSCE Minsk Group Co-Chairs continues, the official representative of the Russia’s Foreign Ministry Maria Zakharova said in a weekly briefing, answering questions about the status of Artsakh, as well as the possible expansion of peacekeeping forces in Artsakh.

A telephone conversation was held between the presidents of France and Russia earlier this week during which Putin and Macron promised to relaunch efforts within the OSCE Minsk Group to resolve the Nagorno-Karabakh conflict, as well as present ''concrete initiatives in this direction in the coming days''. Quite recently, in a telephone conversation with the President of Azerbaijan, the US Secretary of State also spoke about the activities of the Minsk Group.The Secretary noted the importance of continuing efforts by the OSCE Minsk Group Co-Chairs to negotiate a lasting political settlement to the Nagorno-Karabakh conflict.

Certainly, such claims are not unprecedented. At least since the end of the war, the issue of the resumption of negotiations within the framework of the Minsk Group has been raised several times. But in the current situation, these signals emanating from the Co-Chair countries at the highest level indicate a certain policy, certain changes in their approaches. And here it is very important to understand who exactly benefits from the reactivation of the OSCE Minsk Group.

In fact, at this moment, due to the current geopolitical situation and the development of events, it is first of all primarily beneficial for the Co-Chair countries. We see how the Russia-West relations are developing, in particular the Russia-US relations. Under the statement of ''America is back'' within one or two months Washington managed to create quite serious problems for Russia. It is enough to remember Ukraine, the events around Belarus, the incident connected with the deportation of diplomats and so on. But both Moscow and Washington realize that an excessive deterioration of the situation will hit both sides: it is obvious that one day they must interact again. And we know that the Karabakh conflict has been considered one of the best examples in this regard for many years. So why not try to relaunch and reactivate this format? By the way, Moscow also understands that by its sole mediation in the ceasefire, the peacekeeping mission and further processes in Karabakh it has destroyed certain balances. And even the formal restoration of this balance will save Russia from potential problems and headaches in the future. In this context, both the approach and the desire of France not to remain aloof from regional events and the settlement of the conflict are also clear.

But speaking about the the parties to the conflict - we can state that Azerbaijan is against the activation of the Minsk Group. Moreover, Aliyev has constantly stated that the conflict has been resolved so there is no need for mediators and the only thing they can do is to help in resolving some post-conflict issues. This point of view is shared and supported by Ankara, guided primarily by its own interests.

As for the Armenian sides to the conflict (Armenia and Artsakh) we should note that the activation of the Minsk Group activities can create new opportunities, first of all, from the point of view of including the issue of the return of prisoners of war and the status of Nagorno-Karabakh on the agenda. But for such a result, serious work is expected from Armenia to be carried out both with the OSCE Minsk Group and with the Co-Chair countries separately, and which is very important, this work should be thought out in advance.