Minefield Maps of Karabakh: Armenia and Artsakh Should Put an End to This Issue 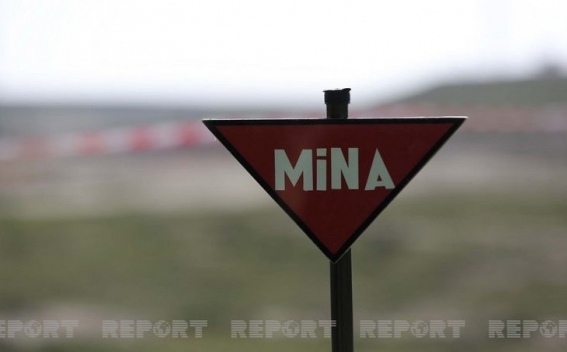 Azerbaijani Foreign Minister Jeyhun Bayramov said yesterday that Baku is responsibly fulfilling all the points and all the obligations assumed by the trilateral statement on Karabakh of November 10, 2020. Moreover, he noted that ''Azerbaijan returned all Armenian prisoners of war within the framework of the trilateral agreement''. Speaking about the 62 Armenians, who were taken prisoner after the ceasefire, the minister stressed that the investigation against them continues''.

The blatant lie of the Azerbaijani Foreign Minister is connected both with the announced number of Armenian prisoners of war and with his assessment of the fulfillment of all points of the Trilateral Statement. Nowadays Azerbaijan violates the most important humanitarian right - the right to life and freedom. Impertinently violating this right, official Baku also declares that it ''responsibly fulfills all points.'' Moreover, the head of the Azerbaijani Foreign Ministry once again made claims against Armenia, stating that Yerevan refuses to transfer maps of Karabakh minefields.

''These territories have been mined for almost 30 years. Despite the appeals of Azerbaijan and international partners, Armenia refuses to provide maps of mined areas,'' Bayramov said, emphasizing that since November 10, as a result of the mine explosion, 22 people have died and 100 have been injured. He called on the international community to put pressure on Armenia in this regard. Ombudsman of Azerbaijan Sabina Aliyeva also appealed to the Council of Europe and called on the Commissioner for Human Rights at the Council of Europe Dunja Mijatović to urge Armenia to hand over map of mined territories.

The issue of minefield maps in Karabakh was spread after Azerbaijani marauders, who rushed to rob Armenian houses fallen under their control, began to explode in territories that were in a neutral zone before the last Karabakh war. Now this issue is being manipulated by the Azerbaijani authorities who use it as a pretext to delay the issue of the return of prisoners of war.

In this case the actions of the authorities of Armenia and Artsakh leave much to be desired. The Armenian Foreign Ministry stated that Azerbaijan is putting forward a fake agenda of minefield maps and that during the entire conflict Baku has never made any proposal to cooperate on demining issues. The Foreign Ministry reminded that in 2016 Azerbaijan blocked the extension of the mandate of the OSCE Office in Yerevan under the pretext of the latter’s support to demining programs, which led to the closing of the OSCE field mission in Armenia.

2. The maps exist and they have already been transferred to Azerbaijan or the peacekeepers.

3. They exist but they will not be transferred to Azerbaijan because there are serious reasons and explanations for it.

In addition, the Armenian authorities should announce that Azerbaijan's claims against Armenia are groundless and incompetent because the territories that are now under the control of Azerbaijan, in fact, have nothing to do with Armenia and in this case Baku should talk not with Yerevan but with Stepanakert.