Armenia Chamber of Advocates: Criminal Case Launched in Regard to Concealment of Armen Sarkissian's Dual Citizenship 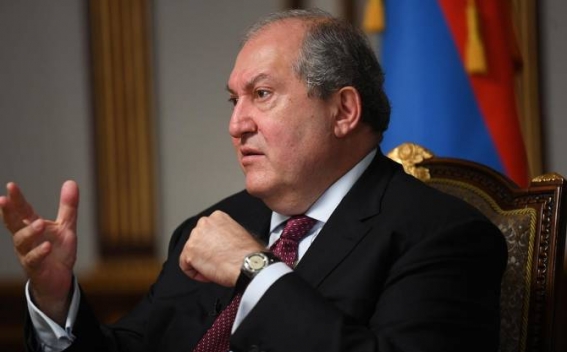 A criminal case has been launched in regard to concealment of the dual citizenship of President of Armenia Armen Sarkissian, News.am reports. This is what Chairman of the Chamber of Advocates of Armenia Ara Zohrabyan wrote on his Facebook page today, adding the following:

“As you may recall, 53 advocates had submitted a report on crime in regard to concealment of the fact that President of Armenia Armen Sarkissian is a dual citizen.

The Special Investigation Service had rejected institution of a criminal case, and advocates submitted an appeal against this.

I must inform that, based on the appeal, the Prosecutor General’s Office of Armenia HAS OVERTURNED the decision of the Special Investigation Service and launched a criminal case under the elements of part 1 of Article 325 of the Criminal Code of Armenia (falsifying, realizing or using documents).

The decision of the Prosecutor General’s Office states the following: “In light of the aforementioned commentaries, it is also necessary to mention that the assumptions of those submitting the appeal that Armen Sarkissian terminated citizenship of the United Kingdom after 2011 and not before 2011 are legitimate, and other objective factual data contradicting this were not obtained in the materials, and in this case, there are reasonable doubts about non-compliance of the provided information with the reality, that is, sufficient grounds to launch a criminal case under part 1 of Article 325 of the Criminal Code of Armenia”.”