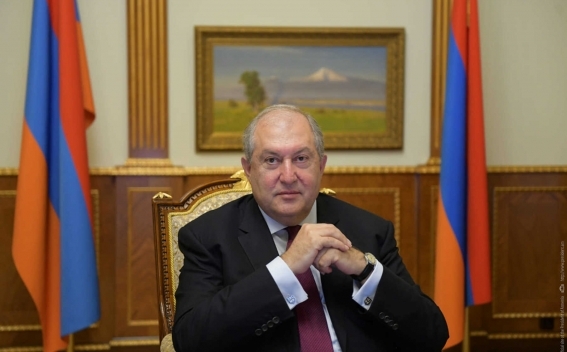 National Assembly speaker Alen Simonyan has signed the record on considering Armen Sarkissian’s powers as the President of Armenia terminated.

"Taking as a basis the resignation letter of the Republic of Armenia and being led by the demands of Article 142 and Article 147.1 and 2.2 of the Constitutional Law the Rules of Procedure of the National Assembly to consider the authorities of Armen Sarkissian as the President of the Republic, terminated", - told in that record.