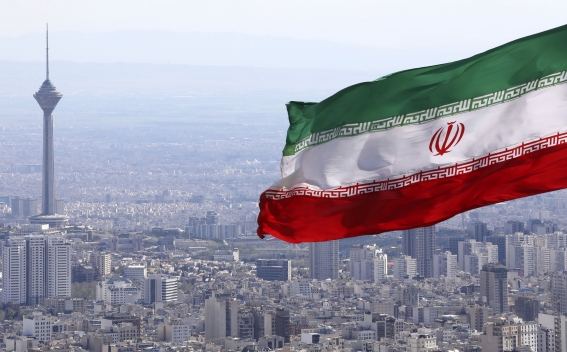 International media reports that the US has reached an agreement with Iran to lift sanctions against the country which were imposed during Trump’s tenure. It refers to the unfreezing of seven billion dollars of Iran’s blocked assets and the easing of the $ 400 million restrictions on Iranian accounts by Great Britain. According to the information released by media, Iran urges parties to lift all restrictions and calls on US to return to Joint Comprehensive Plan of Action from which it unilaterally withdrew in 2018.

Later, Iran's Deputy Foreign Minister for Political Affairs Abbas Araghchi announced of suspension of some of the sanctions. This statement was made by the senior Iranian official after the nuclear talks in Vienna during which an agreement was reached on the partial lifting of sanctions against Iran. Negotiations over lifting all sanctions are continuing, but expectations are quite positive. It is no coincidence that Iranian President Hassan Rouhani offered an upbeat outlook on economic boom in Iran and raised the prospect of an end to the sanctions considering the results of the latest round of JCPOA talks in Vienna.

It is clear that it will take time for further development in this direction but it is also clear that Iran is entering an economically active phase, also in terms of supranational programs.

A more active and economically strengthened Iran creates a window of opportunity for Armenia. This is first of all due to the Armenian-Iranian friendly relations and in this context due to the numerous bilateral projects that have been frozen because of the sanctions imposed against Iran. Here we should also take into account the developments that are taking place in our region. Among the prospects of the Armenian-Iranian cooperation it should be noted the cooperation between "Meghri" and the Iranian "Araz" free economic zones as well as establishment of joint ventures. By the way, this prospect of cooperation was also discussed by Minister of Economy of Armenia Vahan Kerobyan and Ambassador Extraordinary and Plenipotentiary of the Islamic Republic of Iran to the Republic of Armenia Abbas Badakhshan Zohouri during a meeting organized by the Armenian side in December 2020.

But the problem is that instead of the expected work on the implementation of these projects by the Ministry of Economy after the abovementioned meeting, we witnessed an ineffective visit of the Armenian Minister to Iran (let alone the cancellation of one of the meetings already in Iran and rumors circulating about this). Later we witnessed the scandal with the Armenian Boeing which ended up in Iran.

But today, when Iran at the highest level announces the lifting of sanctions which can be perceived as a signal to give a new impetus to frozen regional promising projects, the license of the customs checkpoint in Meghri is being terminated by the decision of the RA State Revenue Committee. According to the Committee, this will not cause problems with the work of the customs checkpoint and after the elimination of technical problems they will reconsider their decision.

However, such an action in this situation can be perceived by Iran as a negative signal that there is uncertainty in this area, there are some problems. But let’s hope that the problem is actually objective and after fixing it the Committee will reconsider its decision.

Consequently, the RA government should first of all be interested in a speedy and transparent solution of this issue; otherwise Armenia will face another serious problem - critical for our country.