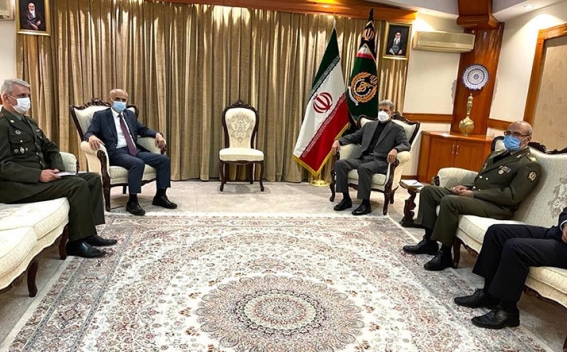 The Armenian diplomat expressed appreciation to the minister for the decisive stance of Iran for supporting the immunity of Armenia-Iran border and territorial integrity of Armenia during the Artsakh second large-scale war and its aftermath, the Embassy of Armenia in Iran reports.

During the meeting, the interlocutors discussed contemporary issues for mutual cooperation in the defense sphere as well as issues pertaining to safekeeping the regional security.