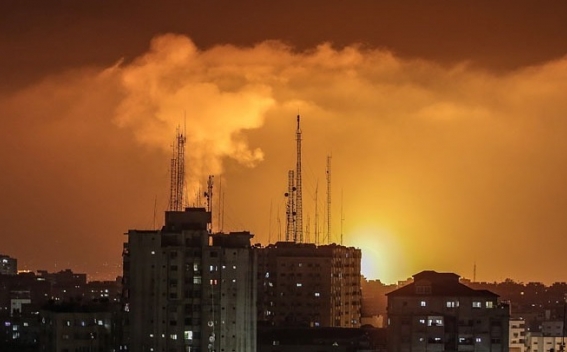 The European Union has urged conflicting parties in the recently escalated Israeli-Palestinian standoff to stop violence, according to a statement published on EU’s official website on Tuesday, TASS reports.

"The significant upsurge in violence in the occupied West Bank, including in East Jerusalem as well as in and around Gaza needs to stop immediately," the statement reads. "The firing of rockets from Gaza against civilian populations in Israel is totally unacceptable and feeds escalatory dynamics."

"All leaders have a responsibility to act against extremists. The status quo of the holy sites must be fully respected," according to the statement. "We reiterate our call on all sides to engage in de-escalatory efforts. Further civilian casualties must be prevented as a priority."

Palestinian daily Al-Quds reported earlier that the violence erupted on Monday after Israeli police entered Al-Aqsa Mosque in the Old City of Jerusalem and used rubber bullets, tear gas and stun grenades against people inside the building. Hundreds of Palestinians were reported to be injured in the following clashes with the Israeli police forces in East Jerusalem.

Palestinian radio station Sawt Al-Aqsa reported earlier citing its sources in the local Health Ministry that over 20 people, including nine children, were killed and 70 wounded as a result of Israel’s missile attacks on Gaza.

US Secretary of State Antony Blinken voiced his concern over the escalation in Gaza and speaking ahead of his meeting on Monday with Jordanian Foreign Minister Ayman Safadi he said that rocket attacks against Israel must "stop immediately.".