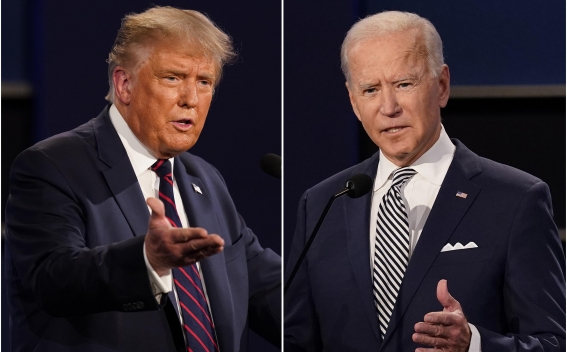 Former US President Donald Trump on Saturday criticised Joe Biden for his handling of China, border issues with Mexico, and the Middle East.

''If he would have done nothing, we would have had right now the strongest border in history. All he had to do is nothing,'' Mr Trump told Newsmax's ''Dick Morris Democracy'' while talking about the US’s border issues, The Independent reports.

''I had everything worked out with the other countries, whether it's Guatemala, Honduras, El Salvador, Mexico. And even Mexico, stay in Mexico. In other words, these people ought to stay in Mexico, and they couldn't get into our country. And he ended that. It's just crazy what they did.''