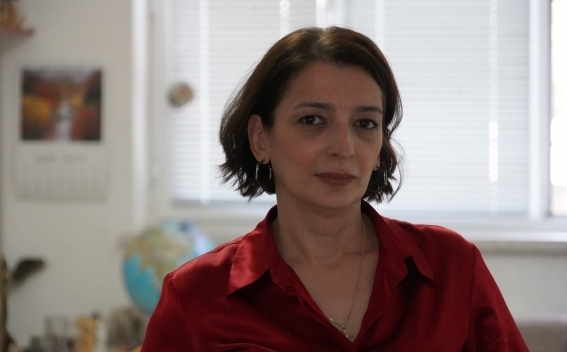 The presidents of Turkey and Azerbaijan signed "Shushi Declaration" in the Armenian city Shushi,  Erdogan was given a gift - a horse of Karabakh breed named  ''Victory'', they danced in a glade in Shushi… This is not a nightmare, this is our reality today.  This is the tip of the iceberg of the capitulation document signed by the current Armenian authorities; capitulation - which is still continuing, despite the fact that hostilities were stopped in November 2020.  Without wasting a minute Aliyev is trying to make the most of the current situation, realizing that he may not get another chance like this again, in case the power changes in Armenia. For more than seven months Azerbaijan has periodically announced its next diplomatic victory, the last of which is the acquisition of landmine maps of the Agdam region.

It should be reminded that Azerbaijan has handed over 15 Armenian prisoners in exchange for the landmine maps, thus violating both humanitarian law and its obligations under the Trilateral Statement. Using the prisoners as a political bargaining, Aliyev represented it as his own success. Absurdly the Armenian authorities also welcomed such a deal, expecting the same from the Armenian society.

In parallel with this, Aliyev unrequitedly threatens and demeans the Armenian authorities. It could be considered that Aliyev was inspired by the results of the 44-day war, but his rhetoric began to change much earlier. Most likely, after the famous meeting with Pashinyan in an elevator in Dushanbe, he realized who he was dealing with - especially after Pashinyan's statement that he would learn the details of the negotiation process from Aliyev. And after a discussion on the sidelines of the Munich Security Conference, where Pashinyan and Aliyev publicly talked about Karabakh, there were no doubts about the incompetence of the so-called prime minister, even for those who know at least a little about the twists and turns of the Karabakh conflict.

Aliyev could not afford such behavior during the time when he had to work with the second and third presidents of Armenia. He shook hands and sat down at the negotiating table with Robert Kocharyan and Serzh Sargsyan - people who made a huge contribution to the victory of Artsakh in the first Karabakh war. The complex of the defeated was so deep in the Azerbaijani leader that even at the negotiating table he, step by step, slowly was losing.  It should be taken into consideration only his statement that behind closed doors pressure was being imposed on Baku in order to force it to an agreement on the recognition of Karabakh's independence. And this happened at a time when the four-day April War had just ended.  Serzh Sargsyan in the process of negotiations has reached the point where in the statements of the OSCE Minsk Group Co-Chairs a sentence appeared on creation of a mechanism of investigation of border incidents on Artsakh-Azerbaijani border. And today we can say with confidence that if Pashinyan tried to develop the agreements reached by Serzh Sargsyan on the Karabakh conflict settlement, and not start the process from his own point, as he said about it, we might have had not only other results of the war, but the war could have been avoided altogether ...

It should be mentioned again - what is happening today in Artsakh and on the Armenian-Azerbaijani border is just the visible part of the iceberg. What is being hidden and what other secret agreements are being discussed between the current Armenian authorities and Aliyev, and even with Erdogan, we still have to find out. It is a major cause of concern.

Infinite defeat or we can put an end to this on June 20? Aliyev knows that he has defeated not the Armenian people, not the heroes of Artsakh and the Armenian Army, but only those of his small companions in our society, for whom Artsakh was always a burden.

By the way, not only Artsakh, but also any part of our Motherland, from which, in their understanding, a "headache" can also arise. And everything that is happening on the borders of Armenia today is a vivid proof of that.