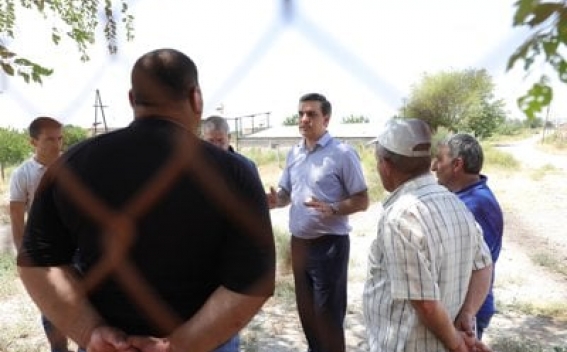 A group headed by the Human Rights Defender (Ombudsman) of Armenia, Arman Tatoyan, is in Yeraskh village of Ararat Province to conduct fact-finding activities.

The criminal nature of the shootings is evident in the other section of the borders of Armenia, against the background of the shootings provoked by the Azerbaijani armed forces in the vicinity of the communities, and is evidenced by the fact that on July 14 a serviceman of the Armenian Armed Forces was killed in the sector of Yeraskh as a result of the regular Azerbaijani shootings.

The results of the visit will be summarized by recording the violations of the rights of the border residents of Armenia. The details will be presented in a separate report to the international bodies (UN, CoE, EU, etc.) as well as to the relevant state bodies of the Republic of Armenia.