Georgia Turns Down 75 Million Euros from the EU 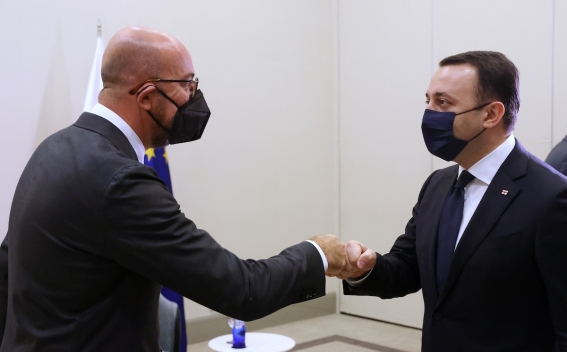 The Georgian government has decided to turn down a 75-million-euro loan from the European Union following an EU threat to cut financial assistance in response to Tbilisi’s failure to implement reforms, eurasianet reports.

Prime Minister Irakli Garibashvili announced the refusal of the loan on August 31, and government officials have justified the move by a desire to reduce foreign debt and “high economic growth” that Tbilisi claims has obviated the need for the loan.

The 150-million-euro loan was offered to Georgia last year to help the country manage the COVID-19 pandemic. Half had already been disbursed, and the other half was conditioned on Georgia meeting certain political obligations, most notably judicial reforms aimed at reducing the control of the ruling party over the court system.

In a press conference, Garibashvili thanked the EU “for all the help” during the pandemic and "in general,” adding “this is a loan… not a grant or aid.” But he also argued that the loan had become the subject of “political insinuations,” blaming the opposition for using it against the ruling party.

In response, the EU issued a statement saying that the Georgian government in any case had not fulfilled the conditions of getting the loan. In particular, the EU said the process of the recent selection of judges for the Supreme Court had not followed the principles recommended by the Council of Europe’s Venice Commission.