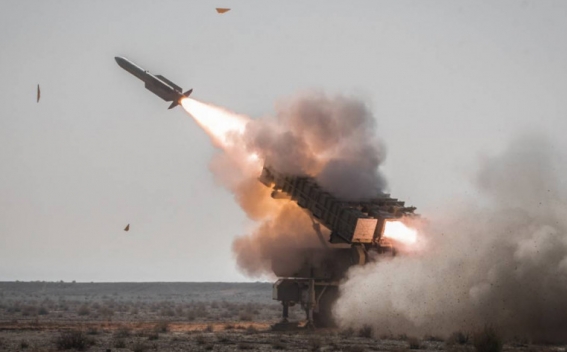 Brigadier General Ghader Rahimzadeh, commander of the country's Khatam al-Anbia Air Defense Base announced the beginning of the operational phase of the joint large-scale drill in the country’s central desert areas.

According to the commander, the units of the Iranian Army's Air Defense Force, the IRGC Aerospace Division and the Army’s Air Force are taking part in the exercises.

The drill is aimed at boosting the combat preparedness, strengthening deterrent power, evaluating the homegrown air defense systems in countering various threats, full defense against electronic warfare and cyberattacks, improving knowledge and skill of the units and boosting coordination among the Army and the IRGC’s command and control centers, Rahimzadeh said.

He added the participating units employed combined, indigenous and creative tactics and techniques that were implemented in proportion to threats, saying that the use of modern technology was among the leading features of this military drill.

The commander went on to say that protecting sensitive and key centers by conducting cyber-electronic offensive measures, defending against aerial threats, smart ammunition, cruise missiles, as well as drones and stealth aircraft are among other goals of the drill.

Intelligence and reconnaissance flights were made by Army and IRGC drones in the general training area, Rahimzadeh added.