Unblocking of Rail Communication on the Agenda, no Talk of Roads to Be Used: Armenian Deputy PM 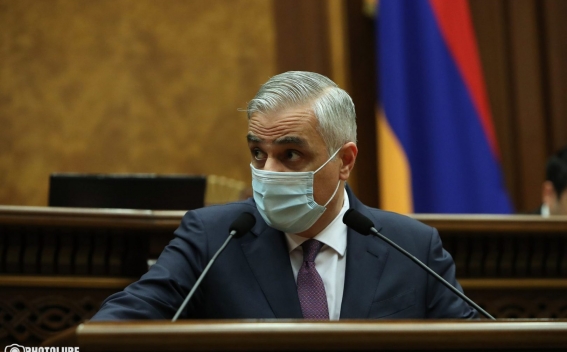 While there is general understanding on rail communication, there is no agreement on roads to be used, Armenian Deputy Prime Minister Mher Grigoryan said during the Q&A session at the National Assembly, Public Radio of Armenia reports.

Speaking about the unblocking of regional communications, Mher Grigoryan said the meeting of the trilateral working group co-chaired by the Deputy Prime Ministers of Armenia, Russia and Azerbaijan are being organized on the basis of the statement of January 11, 2021, and do not exceed that framework.

“There is nothing to restore. There has never been roads,” Grigoryan said.

“We are talking about unblocking in the classical sense, i.e. making it possible for all countries of the region to use the existing infrastructure,” the Deputy PM noted.

He stressed there is so far no consensus on roads.

“There are many proposals, but there is no roadmap on roads,” Grigoryan said, adding that there is no agreement or understanding on which roads are going to be used.