Speaker of Parliament of Armenia received Ambassador of Italy to Armenia 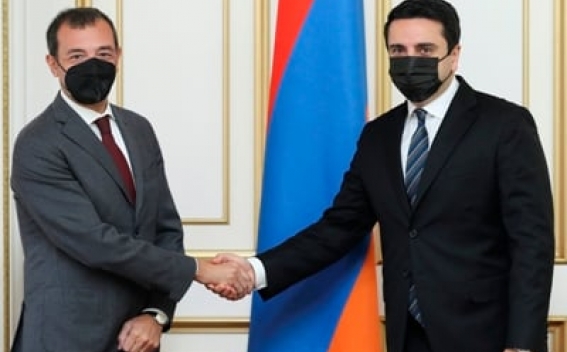 "Welcoming the Ambassador, Alen Simonyan highly valued the Armenian-Italian relations in all areas, expressing confidence that the Ambassador’s mission will give a new impetus to the friendly ties", the statement says.

The meeting sides attached importance to the multilateral inter-parliamentary cooperation.

In turn the Italian Ambassador thanked for the reception and attached importance to the implementation of the Armenian-Italian parliamentary agendas.

The sides discussed the necessity of returning the Armenian prisoners of war and civilians from the Azerbaijani captivity. Alen Simonyan emphasized the importance of the resolution adopted by the Chamber of Deputies of Italy, which calls on Azerbaijan to release the Armenian POWs.