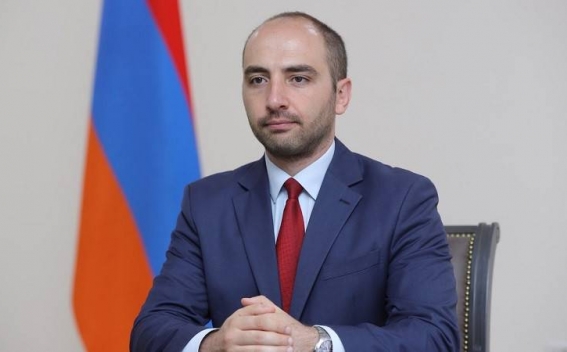 In connection with the possible meeting between the Prime Minister of the Republic of Armenia Nikol Pashinyan and president of Azerbaijan Ilham Aliyev, different proposals in different formats are being discussed, spokesperson of the Foreign Ministry of Armenia Vahan Hunanyan told ARMENPRESS, answering the question if the information about Pashinyan-Aliyev meeting in Sochi on November 26 is true.

“Proposals for different meetings in different formats are being discussed, and when there is any specific agreement on the time, place and format, we will inform within a reasonable period of time”, Vahan Hunanyan said.

Earlier it became known that the Prime Minister of Armenia Nikol Pashinyan and the president of Azerbaijan Ilham Aliyev agreed to hold a meeting in Brussels on December 15 within the framework of the EU's Eastern Partnership Summit.