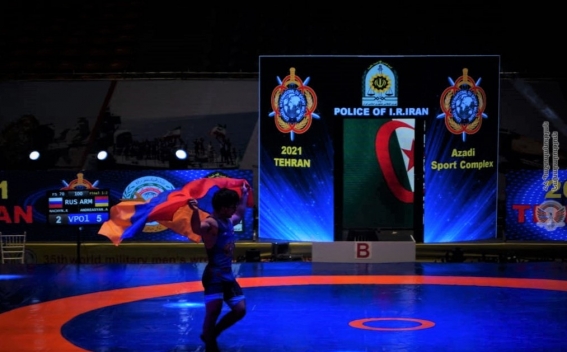 The representative of the RA Armed Forces won the title of champion at the World Wrestling Military Championship taking place in Tehran. Arman Andreasyan defeated all his rivals in the 70 kg freestyle wrestling competition and won a gold medal.