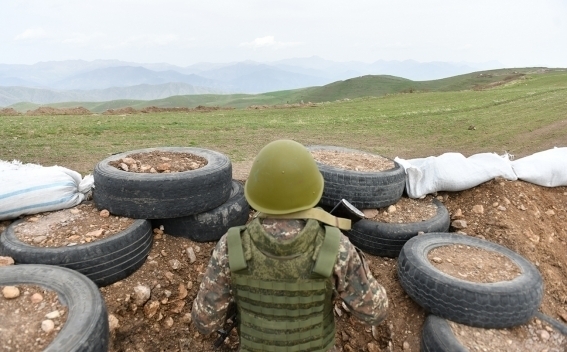 In the night of March 29 to 30 and as of 10 AM no significant ceasefire violations were registered along the line of contact of Artsakh and operative-tactical situation did not change remaining tense.
The Azerbaijani armed forces remain in the same strongholds on Karaglukh, no positional changes have taken place, NKR Information Center reports.
The authorities of the Artsakh Republic together with the command staff of the Russian peacekeeping contingent and through various diplomatic means continue the consistent work to withdraw the Azerbaijani troops to their original positions and to stabilize the military-political situation. In parallel, the Artsakh Armed Forces are carrying out their functions, continuously improving the defensive fortifications and mechanisms of the republic.
The public will be reported on further developments additionally.
Հայերեն На русском