'Shushi: Amen': History that will Never be Forgotten 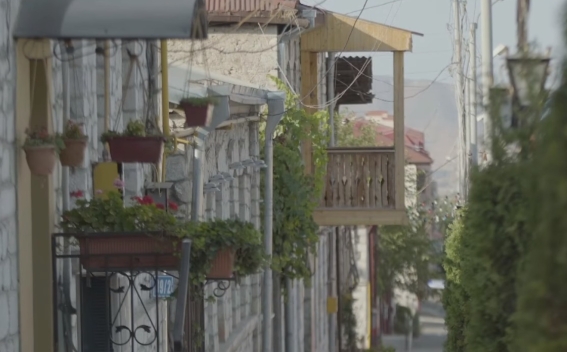 A new documentary telling about Artsakh’s fortress town of Shushi, which fell under Azerbaijan’s control at the 2020 war, has been made, Panorama.am reports.

"At the heart of the latest Artsakh war was, first of all, Shushi. Some Turkish nomadic tribe seized Shushi after all," historian Hamlet Petrosyan, head of the expedition group which carried out excavations in Tigranakert, says in the documentary “Shushi: Amen”.

"Shushi was home to five large and seven small Armenian churches, the traces of which have been erased by the enemy over time. They are removing Armenian traces, trying to appropriate our history, heritage and autochthony," says former Primate of the Artsakh Diocese of the Armenian Apostolic Church, Archbishop Pargev Martirosyan, a hero of Artsakh.

According to the film cast, even the two mosques of the town were built by Armenian masters.

The film premiere is scheduled to be held at the grand hall of the Cinema House on Monday, May 30. Irrefutable facts about the Armenian identity of Shushi are presented. The film directed by Mariam Yegoryan is dedicated to the memory of filmmaker Ruben Grigoryan.

The documentary features footage from the first and third Artsakh wars before and after them.