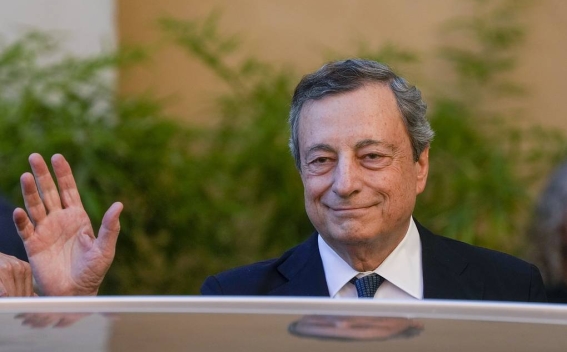 The president "took note" of Draghi’s resignation letter, and instructed the government to uphold its "current duties," the president’s office said in a statement on Thursday.

Earlier, Draghi told the lower house of parliament that he would inform the head of state of "his intensions." He is expected to address the Chamber of Deputies briefly by midday local time.

Upholding "the current duties" means the government will not have full powers until a new government is formed after an early parliamentary election. The president should dissolve parliament and announce the date of the voting.

Draghi handed in his previous resignation after a vote of confidence last week, but that was rejected by Mattarella, because there was still a viable majority willing to support the government.