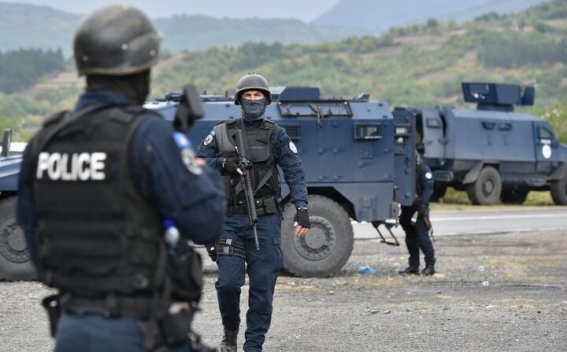 Speaker of the Russian State Duma, or lower parliament house, Vyacheslav Volodin has blamed the conflict on the Serbia-Kosovo border on Washington, which is seeking to weaken those countries that dare to take an independent position, TASS reports.

"Washington is to blame for the conflict on border between Serbia and Kosovo. Its goal is quite obvious - to weaken countries daring to take an independent position. The methods are quite typical. Nothing new. First, the United States supports nationalist moods, fuel them, and then, it pushes to armed conflicts," Volodin said on Monday.

He noted that the conflict is developing under the passive eye of international organizations, such as the United Nations and the OSCE, which are supposed to "defend security in Europe and in the world." "They must have condemned the United States’ actions when it was bombing former Yugoslavia. They have been silent for eight years when the LPR and DPR (Lugansk and Donetsk People’s Republics - TASS) were shelled. And now they are turning a blind eye on the crimes of nationalists who have seized power," he said.

The situation in Kosovo and Metohija deteriorated dramatically on Sunday evening after Kosovo’s police closed the checkpoint on the administrative line with Serbia, intending to impose a ban on Serbian documents as of Monday. In response, Serbs in the north of Kosovo took to the streets and blocked key highways. Sirens were heard in several cities in the north of the region. Police and the Kosovo Force (KFOR), a NATO-led international peacekeeping force in Kosovo, were pulled to the bridge across the Ibar River, which links Kosovska Mitrovica’s northern and southern parts.

As a result of international efforts, Pristina postponed the procedure of enforcing the ban on Serbian documents till 1 September.