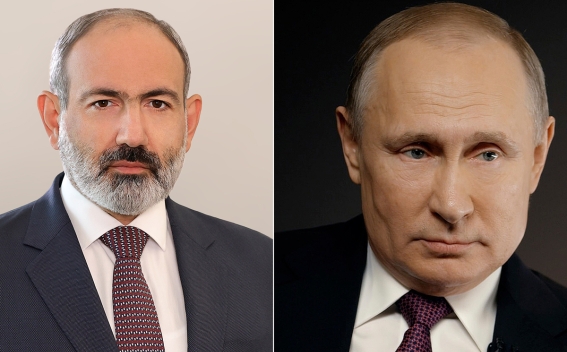 The interlocutors referred to the situation on the Armenian-Azerbaijani border. Nikol Pashinyan emphasized that despite the relative tranquility at the border, the situation caused by Azerbaijan's aggression against the sovereign territory of Armenia remains very tense.

The Prime Minister of Armenia and the President of the Russian Federation discussed issues related to the implementation of the decisions made regarding Armenia's application to the Collective Security Treaty Organization.