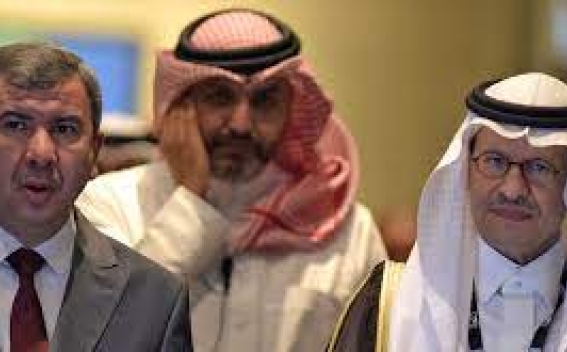 The Opec+ group said it would reduce production targets by 2mn barrels a day, equivalent to 2 per cent of global supply, following its first in-person meeting in two years in Vienna. The actual cut in output is likely to be closer to 1mn b/d as many weaker members have struggled to hit production targets in recent months.

The decision came despite extensive lobbying by the US government before the meeting and marked a significant breach with the Biden administration, which is seeking to drive down oil and petrol prices ahead of crucial midterm elections in November and to starve Russia of energy revenues. The Biden administration criticised the cuts, calling it a "shortsighted decision" at a time when "maintaining a global supply of energy is of paramount importance".

White House spokesperson Karine Jean-Pierre told reporters on Air Force One it was "clear" Opec+ was "aligning with Russia". Saudi Arabia’s energy minister Prince Abdulaziz bin Salman dismissed suggestions that the cartel’s cuts would hurt consumers, arguing that the group’s actions were intended to encourage long-term investment in oil production. "Show me where is the act of belligerence," he said in response to questions following the announcement. Energy markets required "guidance without which investment would not happen".

In response to the Opec+ decision, the US said it would continue to release oil from its strategic stockpiles "as appropriate" and that it was exploring "additional responsible actions" to lift domestic oil supply. President Joe Biden will also work with Congress on legislation to "reduce Opec’s control over energy prices", the statement added, in an apparent reference to anti-cartel legislation known as NOPEC that has long been considered by US lawmakers but has not been passed. Oil prices have risen more than 5 per cent since Friday in the run-up to the meeting, and international benchmark Brent edged higher to $93.95 a barrel after news of the cut. Analysts said Saudi Arabia’s move, which will damage western governments’ efforts to curb Russian oil income used to sustain its war in Ukraine, marked a significant moment in Riyadh’s 75-year energy alliance with the US.