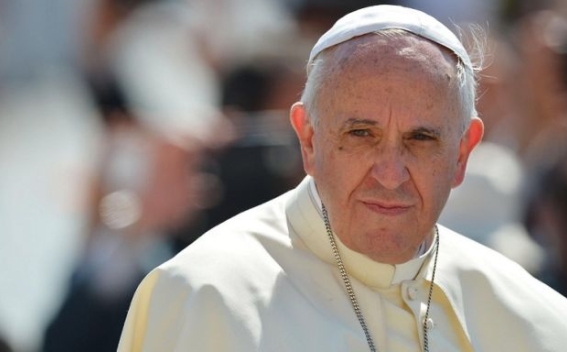 Pope Francis joined other religious leaders Tuesday at Rome’s Colosseum to make a plea for peace and ending what they called the “nuclear nightmare” as fears intensify that Russia’s war against Ukraine may see atomic weapons used, KAIT reports.

A ceremony at the ancient Roman arena capped a conference on promoting world peace. The Sant’Egidio Community, a Catholic charity with close ties to the Vatican, organized the three-day event in Italy’s capital.

In remarks to participants, Francis noted that Pope John XXIII urged government leaders exactly 60 years ago, during the U.S.-Russian Cuban missile crisis, to spare the world from a nuclear holocaust.

“Sixty years later, these words still impress us with their timeliness,’’ Francis said. “I make them my own.”

“Today peace has been gravely violated, assaulted and trampled upon, and this in Europe, on the very continent that in the last century endured the horrors of two world wars.” the pope lamented.

“Today, in fact, something we dreaded and hoped never to hear of again is threatened outright: the use of atomic weapons, which even after Hiroshima and Nagasaki continued wrongly to be produced and tested,’’ Francis said, referring to the U.S. atomic bombing of the two Japanese cities in the waning days of World War II in the Pacific.