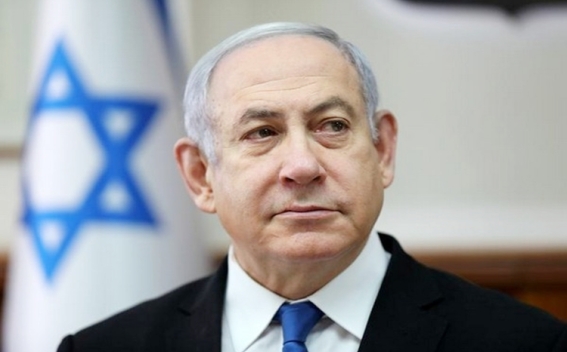 Israel's former premier Benjamin Netanyahu said on Wednesday that his right wing, religious camp was on the cusp of a great election win, after exit polls predicted his bloc gaining a slim parliamentary majority that would pave the way for his comeback, Reuters reports.

"We have won a huge vote of confidence from the people of Israel," a smiling Netanyahu told supporters at his election headquarters in Jerusalem. "We are on the brink of a very big victory," he told the cheering crowd.A final result is not expected until later in the week.

Netanyahu's record 12-year consecutive reign ended in June 2021 when centrist Yair Lapid managed to stitch together a fragile alliance of liberals, rightists and an Arab party for the first time and which unravelled a year into its rule.

But Lapid's camp appeared to fall behind Netanyahu's bloc, as actual results began trickling in, with exit polls predicting it would take 53-54 seats. Lapid stopped short at conceding and said he would wait until the final count was in.