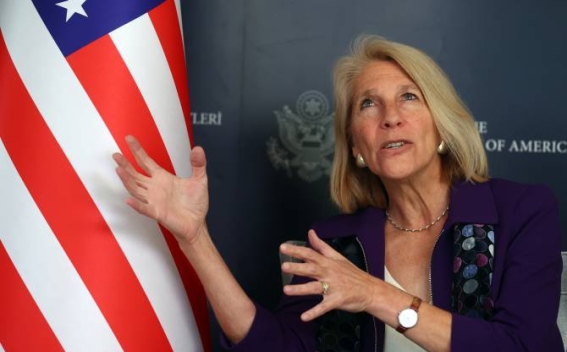 U.S. Assistant Secretary of State for European and Eurasian Affairs Karen Donfried says "Armenia and Azerbaijan have a historic opportunity to secure a lasting peace to a conflict that was triggered during the fall of the Soviet Union and has lasted for more than thirty years".

"There have been setbacks, such as the fighting that broke out September 13-14. When hostilities erupted, we immediately engaged to halt the fighting. This setback reminded all of us of the fragility of the situation and the importance of securing a comprehensive, sustainable peace agreement", Karen Donfried said during the Senate Foreign Relations Committee hearing.

"Secretary Blinken’s leadership has been instrumental in promoting dialogue. He hosted joint meetings of the foreign ministers on September 19 and November 7 along with a telephone call on October 4 with the two ministers. National Security Advisor Jake Sullivan met with his counterparts in Washington on September 27, demonstrating the Administration’s ‘whole of government’ commitment to securing peace. Thanks in part to our engagement, on October 4, Azerbaijan released 17 Armenian POWs detained during the September fighting. Actions like this help build needed trust between the two sides, and we take every opportunity to urge Azerbaijan to release the remaining detainees in its custody. We continue to encourage Azerbaijan and Armenia to maintain momentum for negotiations, and we are doing so in close coordination with the EU and other partners", Karen Donfried said in her remarks.

She added that in this vein, they assess the Armenia-Turkey normalization dialogue positively, and have let both sides know that they want to play a helpful role.